What is Intrinsic Safety

[ Note: Hazardous Areas is a technical term used to designate those locations in an industrial plant or facility, where there is a likelihood of presence of explosive or flammable vapors or gases. Thus in the world of engineering and technology, hazardous is not a generic word for dangerous, it specifically means the above.]. 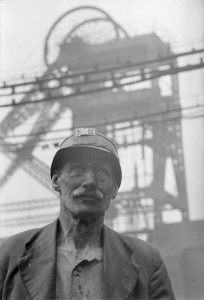 Intrinsic Safety saw its origins in the mining industry in England and in Europe, where there were lots of accidents in mines in the early days. Coal mines contain a lot of methane gas (known as Firedamp) that is highly explosive. If you strike a match inside a mine, it is likely that you will ignite the gas and cause an explosion. By the time people realized this, there were already many accidents and fatalities. Many of these were because miners used lamps that would themselves have naked flames that caused the Firedamp to light up. Davy then came up with his miner’s safety lamp, that had a thin metal gauze over the lamp. The flame inside could not penetrate the wire mesh and hence could not ignite the gas. This was a big improvement, however the problem of signaling remained. 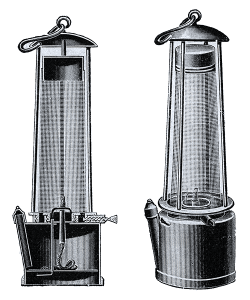 When the miners several stories underground had dug out enough coal, they had to signal to the supervisor (who was several “floors” above in the mine) to send a trolley down so that the workers could load it up and carry the coal upstairs and out of the mine. This primitive signaling system was based on electric wires and lamps/horns. However this also turned out to be lethal because the sparks from these wires could also ignite the atmosphere inside and cause explosions! So then the engineers who worked there devised a “low energy” signaling system that used only small amounts (milliamperes) of current that was insufficient to cause sparks and hence light up the gas.

This was the first device that was intrinsically safe and was the birth of Intrinsic Safety as a protection technique in industry. Thereafter it was recognized as a viable technology that could be used to prevent disasters and loss of life all over the world in the mining sector.

Today, industry is much more than just mining and covers the entire range of basic industrial operations like Oil & Gas, Chemical & Petrochemical, Natural Gas processing, Power Generation, Pharmaceutical manufacturing and so on. All these places have hazardous areas and many have equipment and instruments there that are designed to be intrinsically safe. These devices are low power devices such as indication lamps, push buttons, low power displays, transmitters, control valve positioners and so on. These are powered by intrinsically safe barriers that restrict the amount of energy that is supplied to the device and thus prevent sparking and ignition. There are many types of barriers and you can learn about them by browsing around this site. Since now many modern industries use digital technology such as Fieldbus, many of these devices are compatible with different kinds of technologies such as FOUNDATION Fieldbus, Profibus PA and so on.

More info about how Instrinsic Safety really works can be found here.